How to shoot VR video or VR exterior car mount

So, we set out for shooting.

Read here how we got prepared.

We arrived, lodged, and went looking for locations in the morning. It was a rough day. Firstly, they located 200 km from one another, and, secondly, we placed strict requirements:

Firstly, everything around should be attractive, It’s very important since we have a 360-degree perspective. 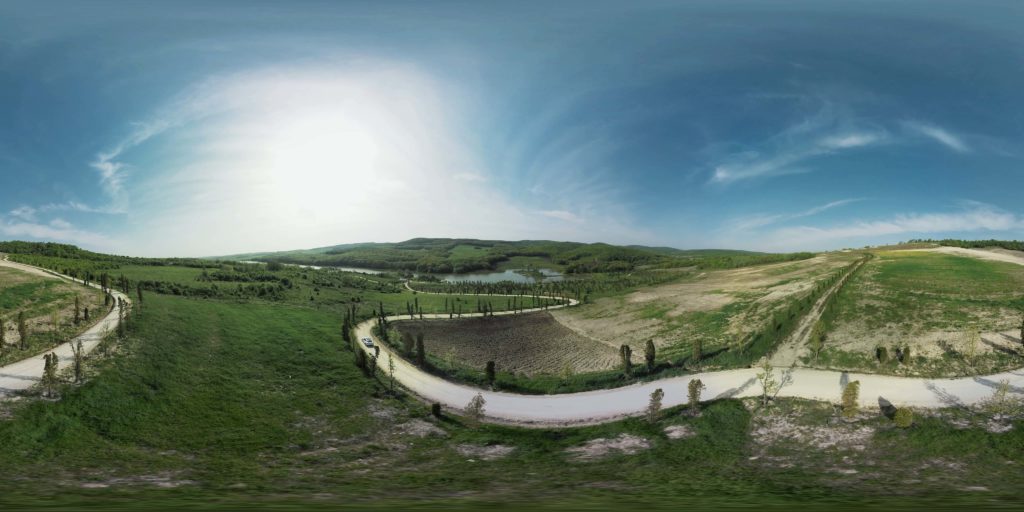 Secondly, the car should be shot without other road users, that is, it should be one. 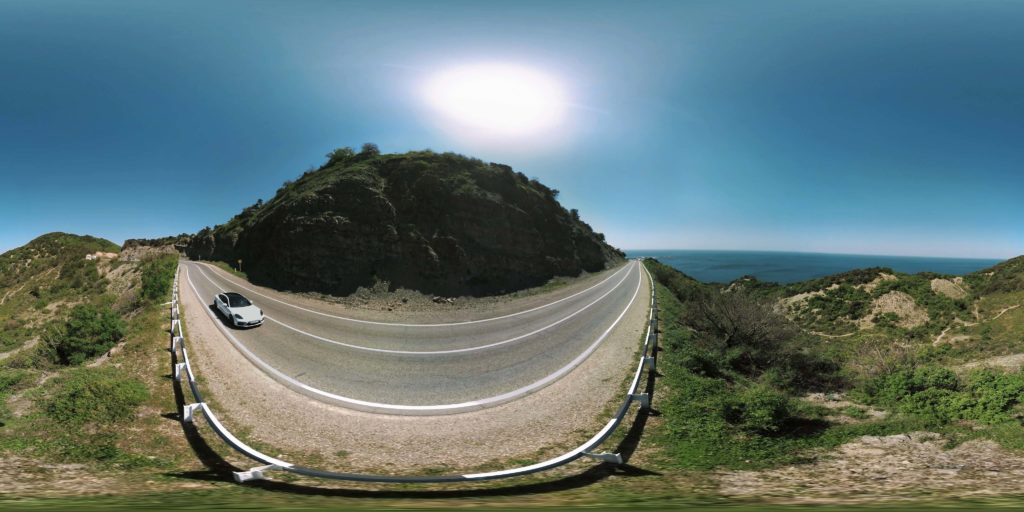 Thirdly, the road should be even as much as possible, since even a small pebble can provoke vibration. And that makes the post-production process very difficult.

Following examining and choosing locations, a white night was waiting for us: we had to try the options of the car mounting. 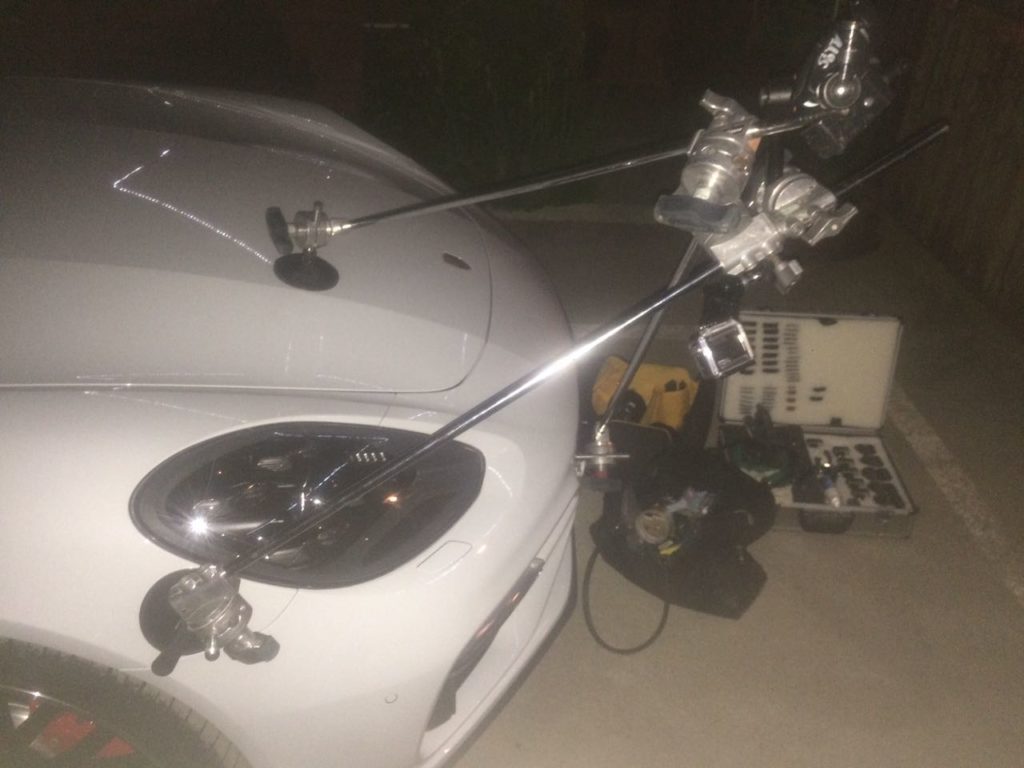 As we wrote previously, we made a special pin with regular thread. It ensured accurate fixing with the extension and, as distinct from a sucker, created almost no occlusions on the car. It allowed us to make a trick. 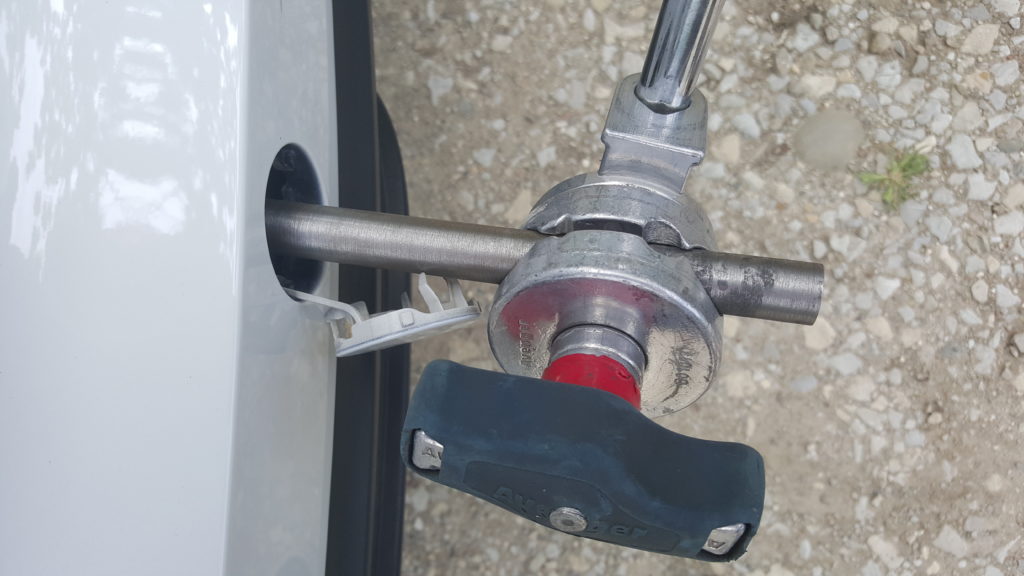 The trick was to find two different fixing positions, in doing so, the rig should stay in the same place in the space and after that to take the same route at the same speed. If you do it right, you’ll get two such footages. 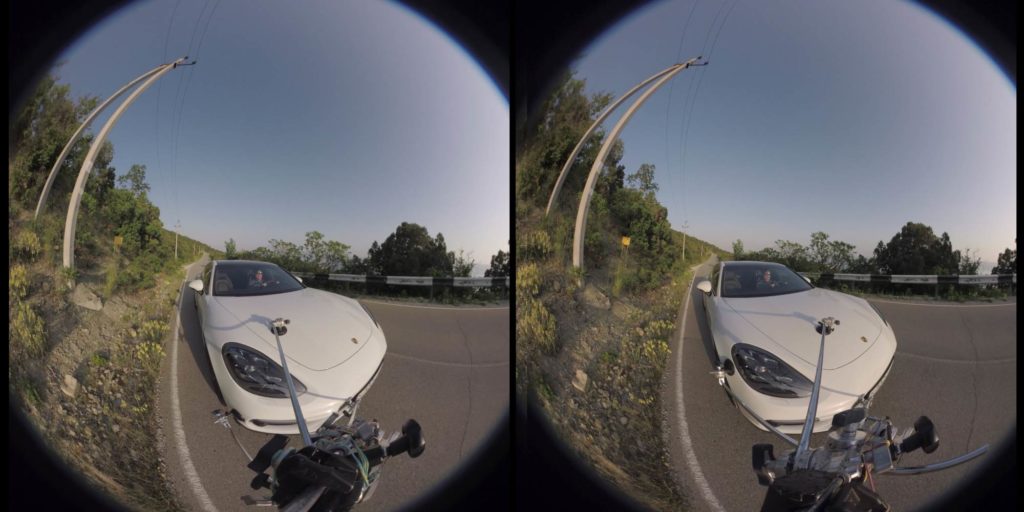 If we overlap these frames on each other, we’ll get the following: 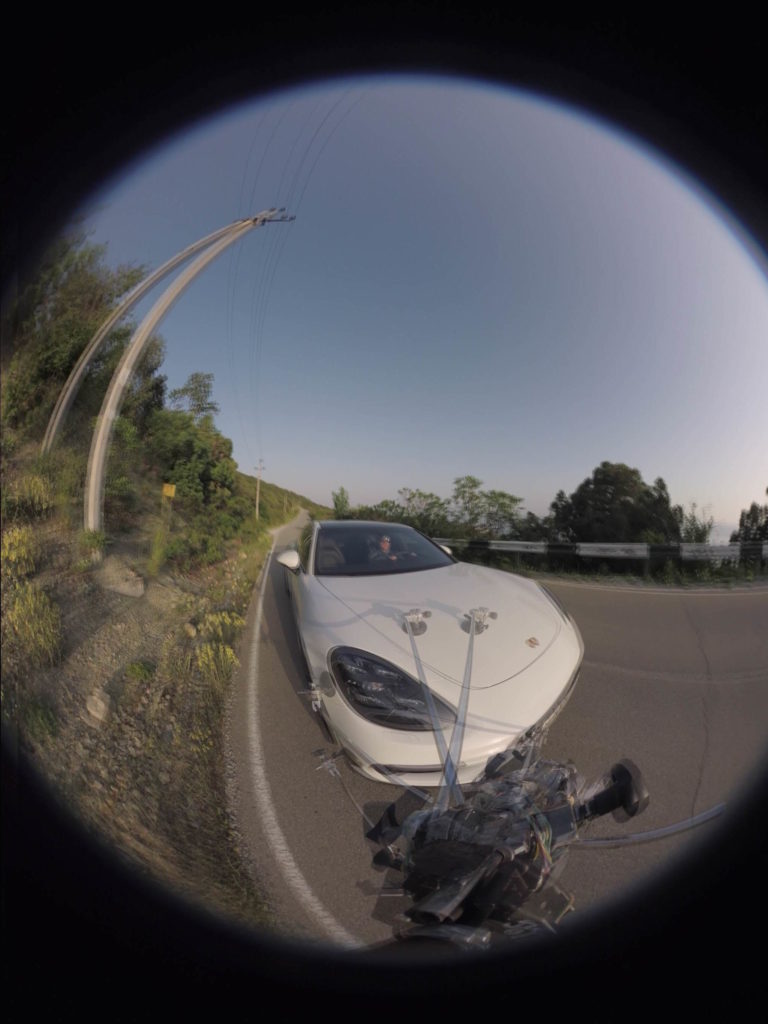 When overlapping two frames the area of occlusions decreases by 90%. Glares and reflections are completely synchronous, and mount`s shadow we don’t need are in different places!

There’re only two conditions to re-grip with such accuracy: first, the mounts axis stays the same; second, you’re good with your hands.

Not everybody could take the same route in the same way. However, we were really lucky, a great driver, well-known car journalist and just a good man was driving – Alexander Korostelev. 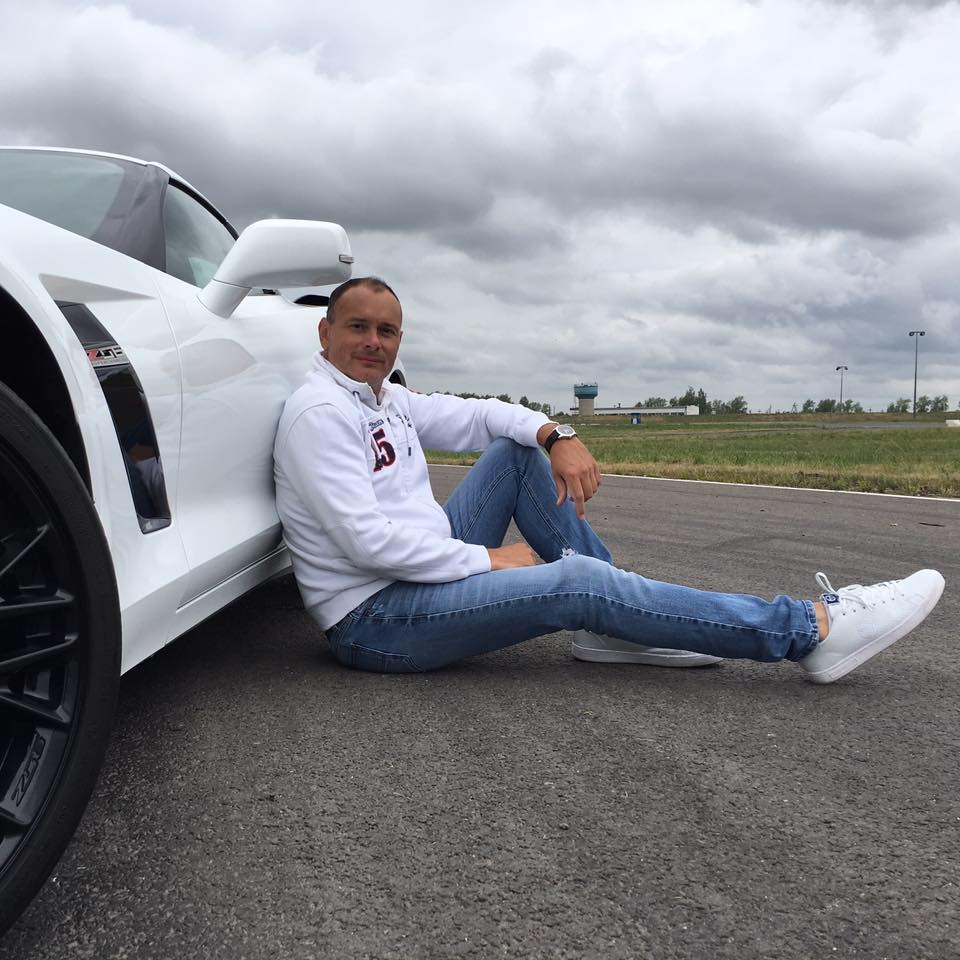 He brilliantly came through it.

However, there were other difficulties… 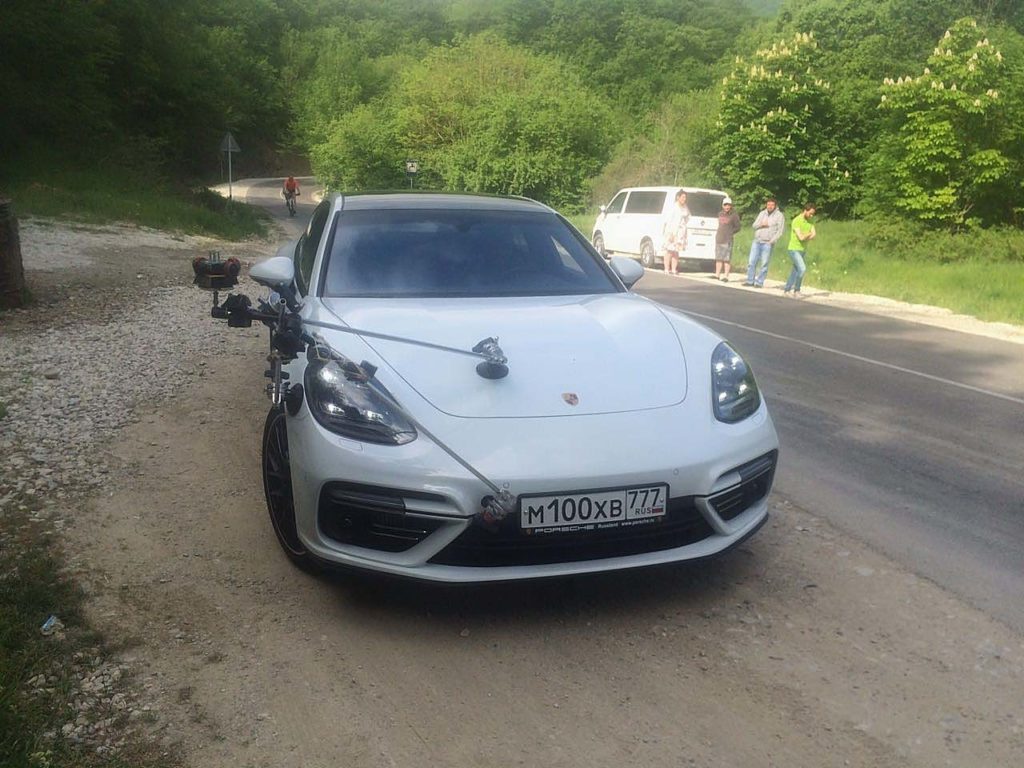 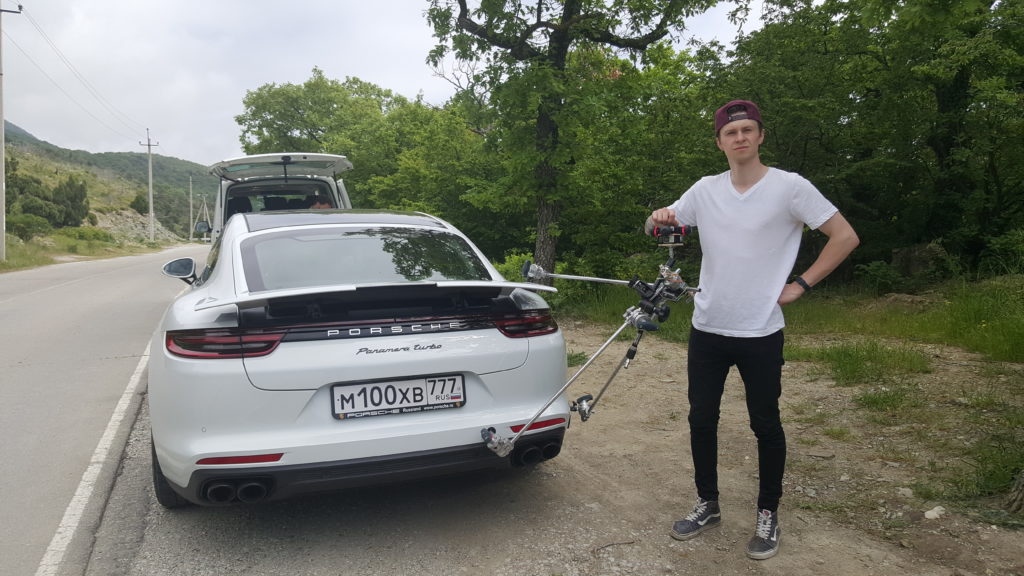 As you see, the rig is based on 3 points: the towing point and two suckers. The mount was quite stable, but there was a small occlusion on the ground in front of the rig. To get the necessary information we fixed an additional down-directed camera. 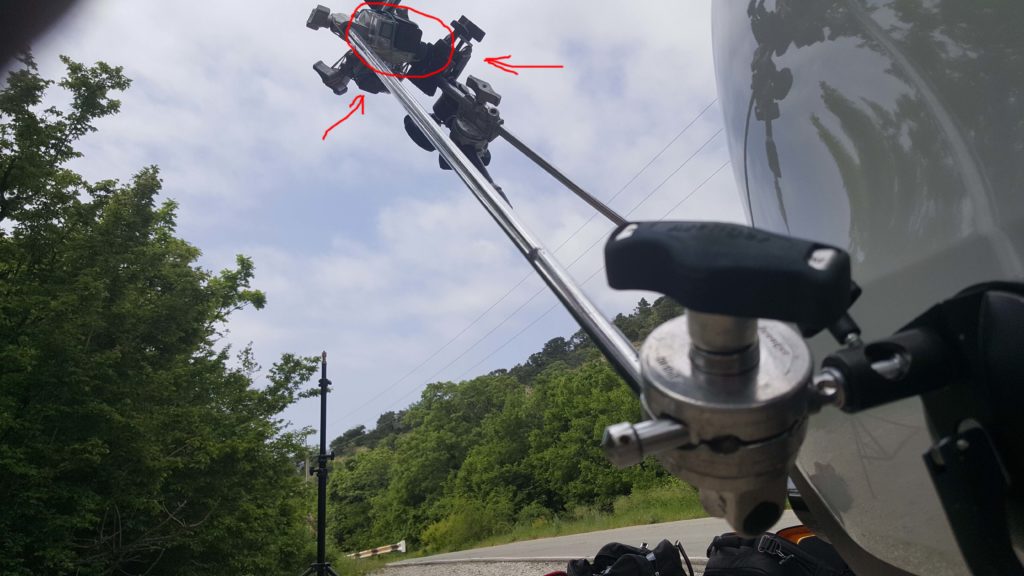 We also rigged an additional car-directed camera in such a way that none extension didn’t create occlusion to it. 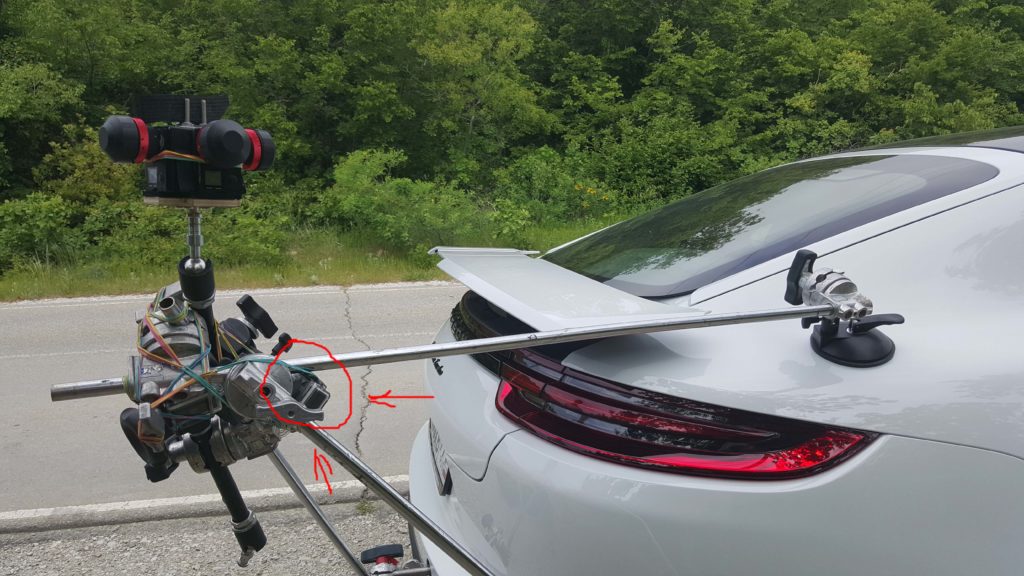 During shooting it’s necessary to use an external playback. Firstly, the director needs it, secondly, it will pull you through exposition mistakes. 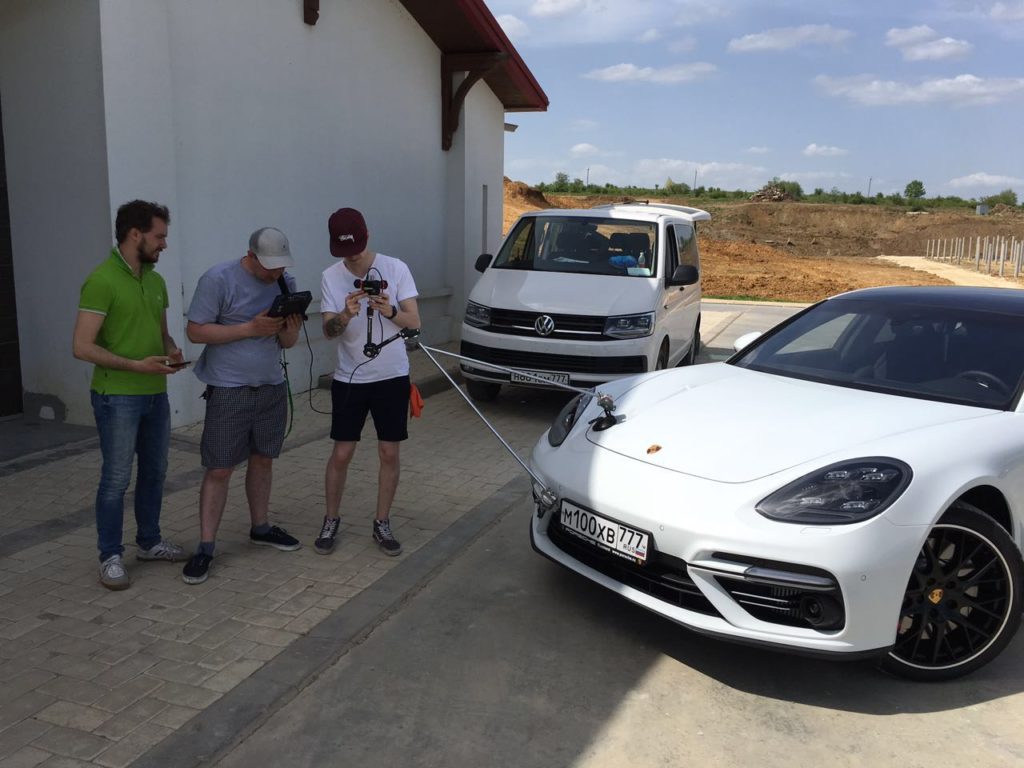 In the previous article, we told we had decided to use 4 GoPro with Entaniya lenses. You ask, “But why? Two are enough for full panorama!”;

We answer, “There are several reasons.”

Firstly, when shooting on the move exposition naturally changes– when moving from shade to the sunlight, when turning the camera angle, etc. You cannot monitor exposition manually, that’s why camera settings will include auto exposition. In doing so, the camera directed to the sun will give the image with flat, deep shadow and will be very much different from the opposite ones. 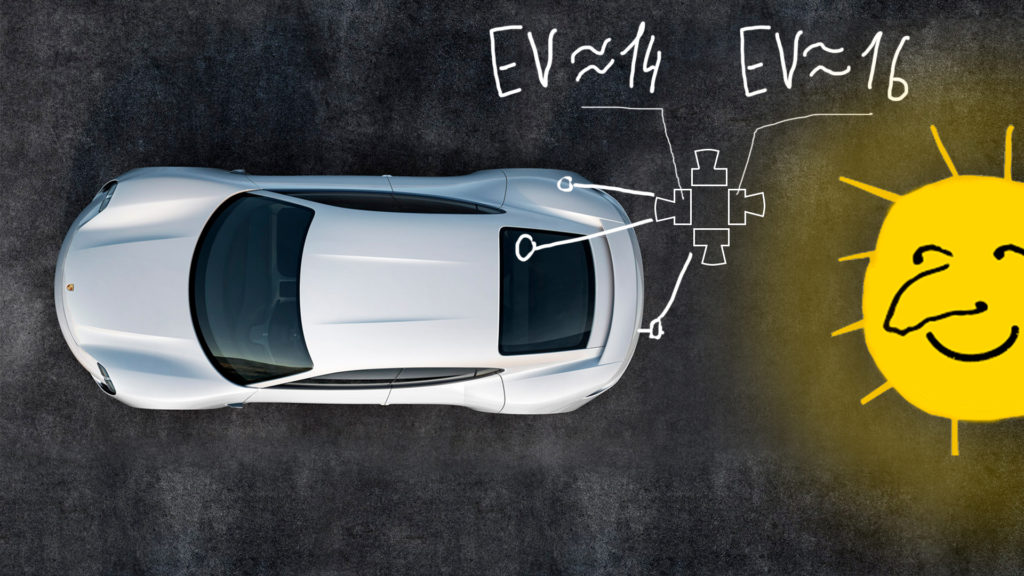 A rig made of four cameras allows us to minimize this difference and make transitions between different expositions as smooth as possible. In extreme cases, you can remove one camera from the stitched panorama – if there’s a defect on it.

Secondly, it will make it possible to remove from the frame the lens edges maximally exposed to distortion, which ensures better image precision.

And, thirdly, this gives grand bonuses during post-production. What bonuses? You’ll know in the next article.