How we made an HDR rig for VR test drive Jaguar F Pace. Part 2. Production

A two-level rig or veneer-and-metal experiments.

The Part 1. Pre Production you can find here.

So, we got started.

I suggested making a rig using paper-mache, but by some reasons colleagues didn’t appreciate my idea… Strangely enough…)) So, we decided to make the first test sample using veneer. 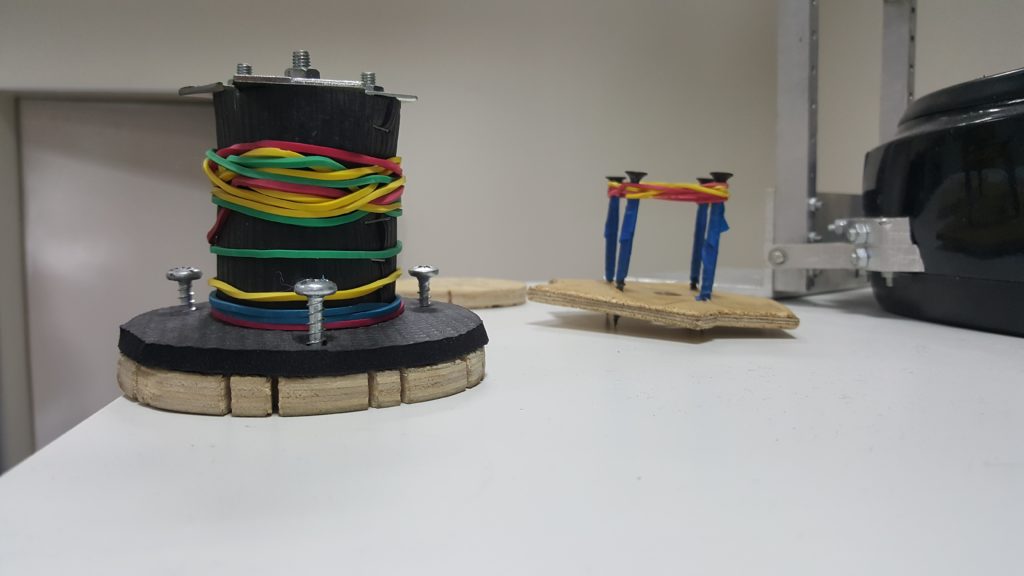 After first tests we understood we needed to make the whole structure stable. We decided to make stop from below, fixing it by the headrest.

It looked as follows. 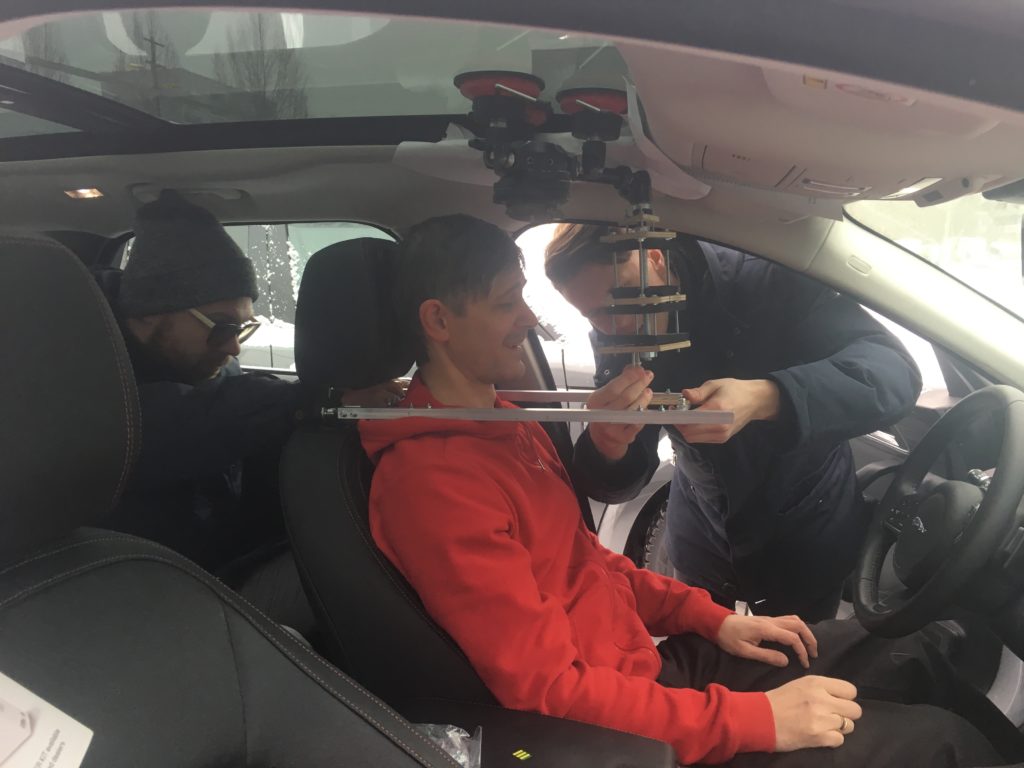 Having determined sizes, we decided to make a metal rig. As a result we had the following: 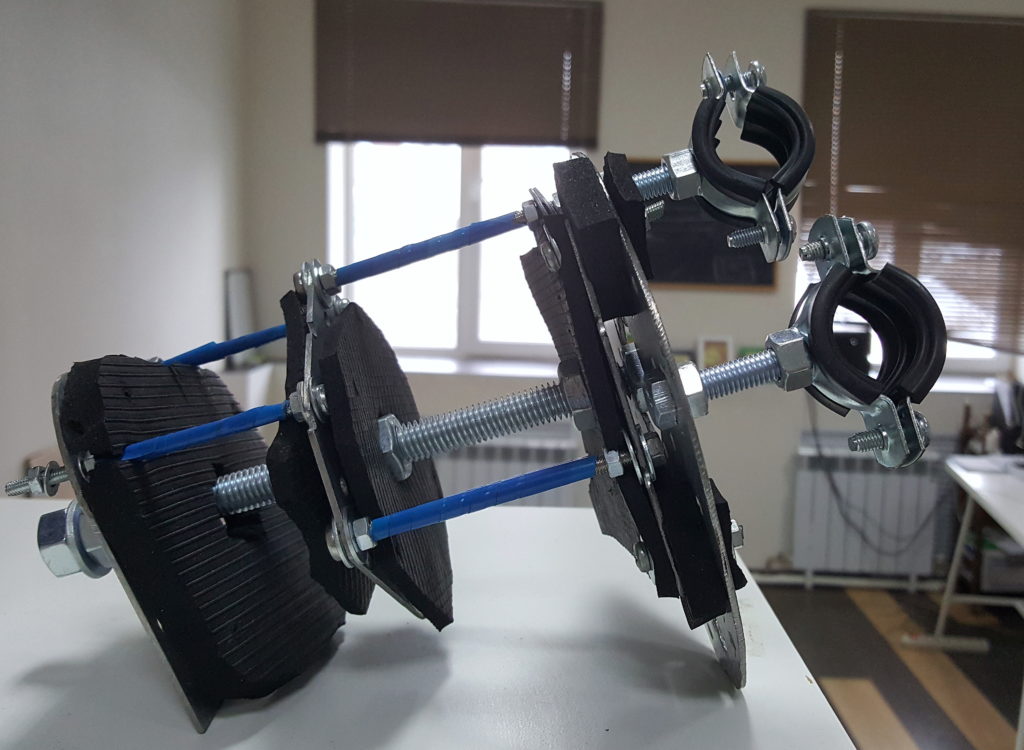 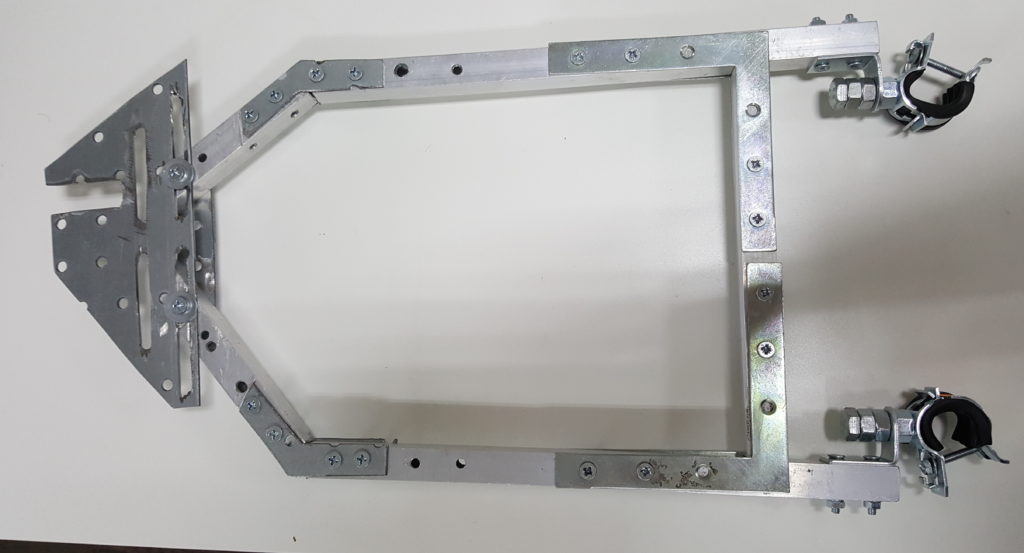 Whereas we locked everything on, there was still one problem – Rolling Shutter. To avoid it, we needed to damp microvibration. To this end we used a damper – rubber. Well, frankly speaking, not the best solution.

In a word, we used for shooting 10 Go Pro Hero 4 BE cameras – we’ll discuss it later.

Professional racer Roman Wiseman was our testing pilot. He was driving the car at a speed of 120 km/h with his eyes almost shut. Here you go: 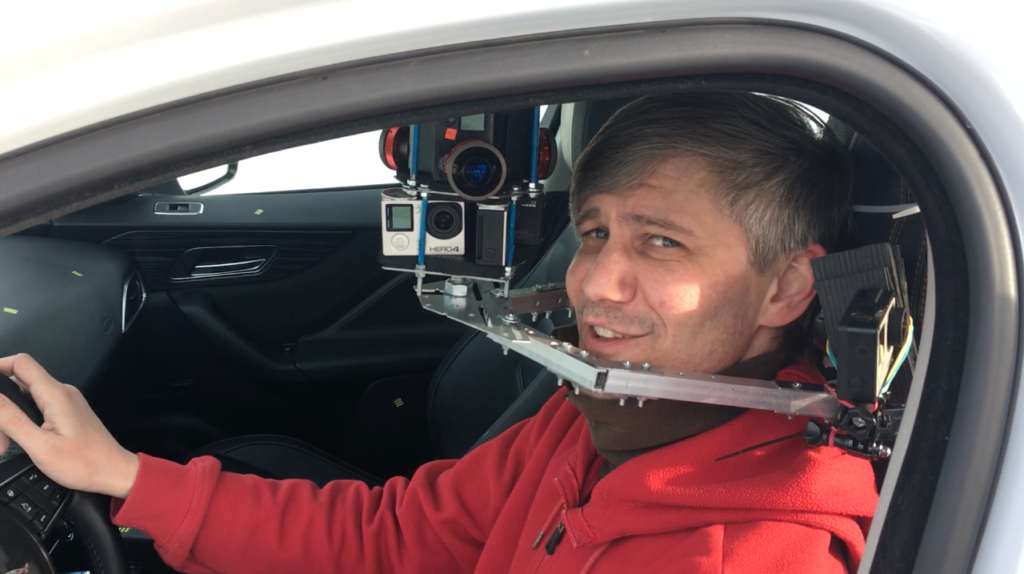 Rigid structure fixation hindered Roman’s movements. The rig completely blocked his view, he had to drive the car, looking into a gap between cameras and bottom hold down. 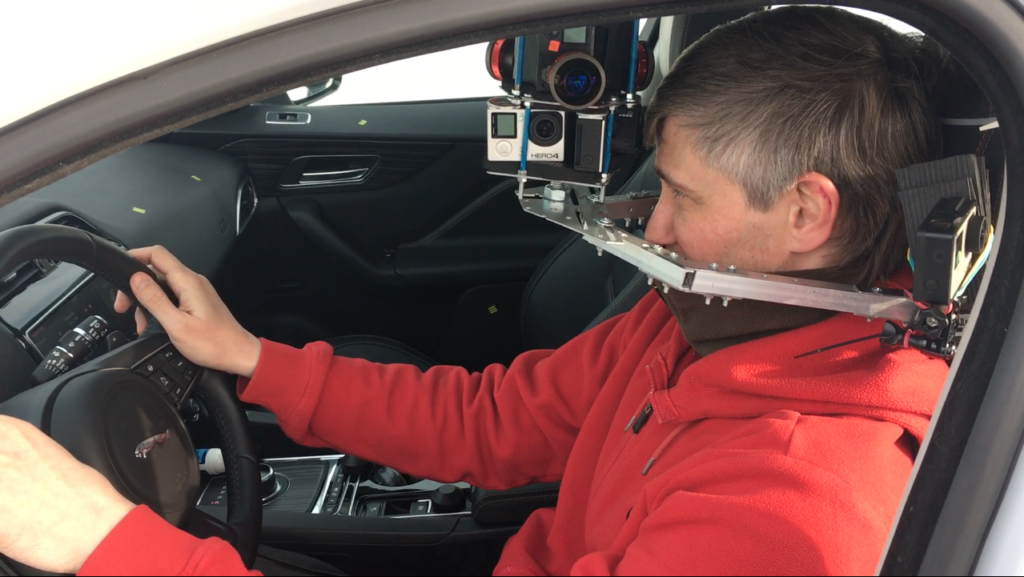 However, despite all problems, he did it perfectly.

As you can see from the pictures we used for shooting Go pro with Entaniya 220 and regular lens. The upper row is 3 Entaniya, the lower is regular lens. 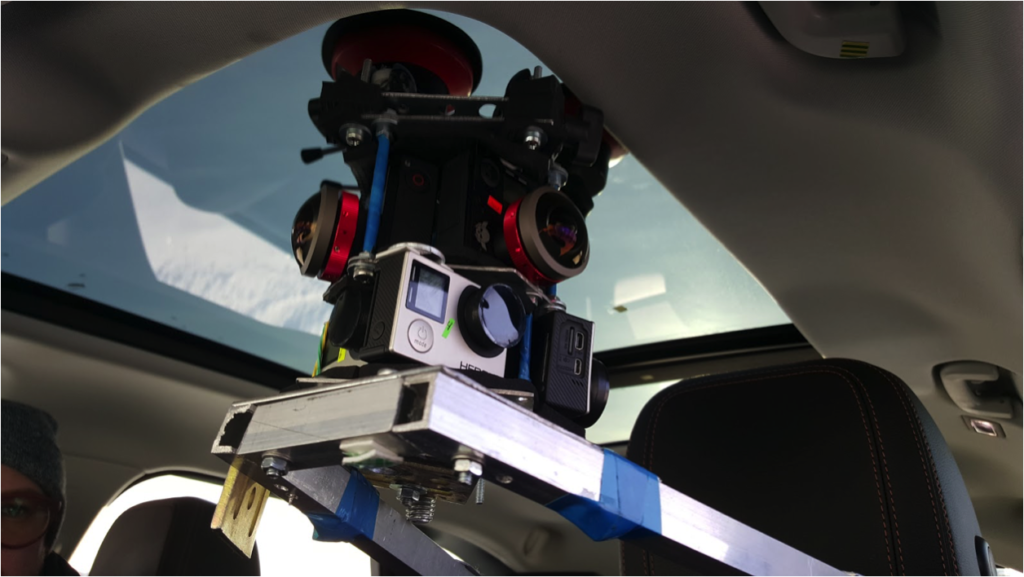 2 doubling back windows and one at the roof at the right angle for further roof compositing. 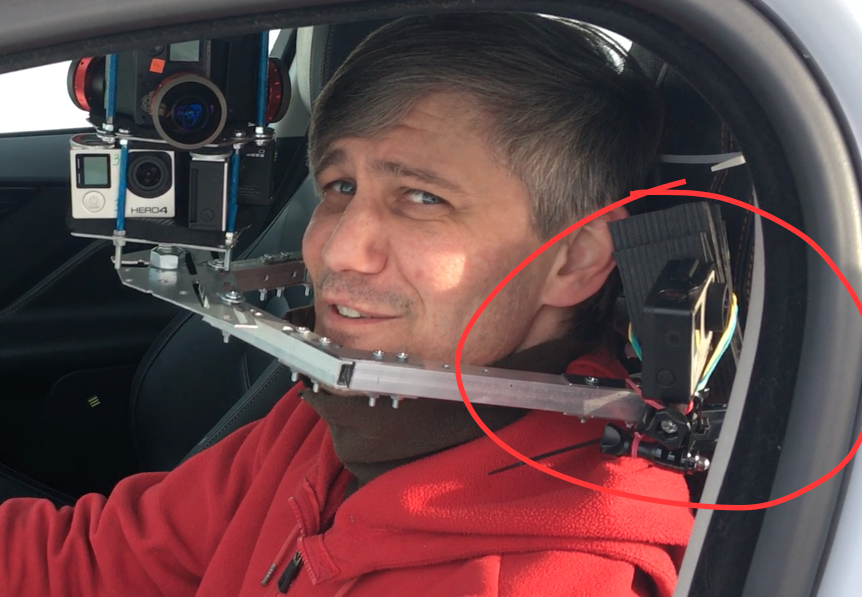 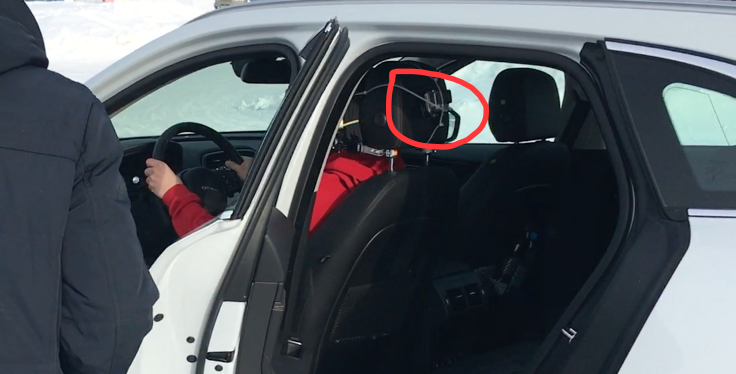 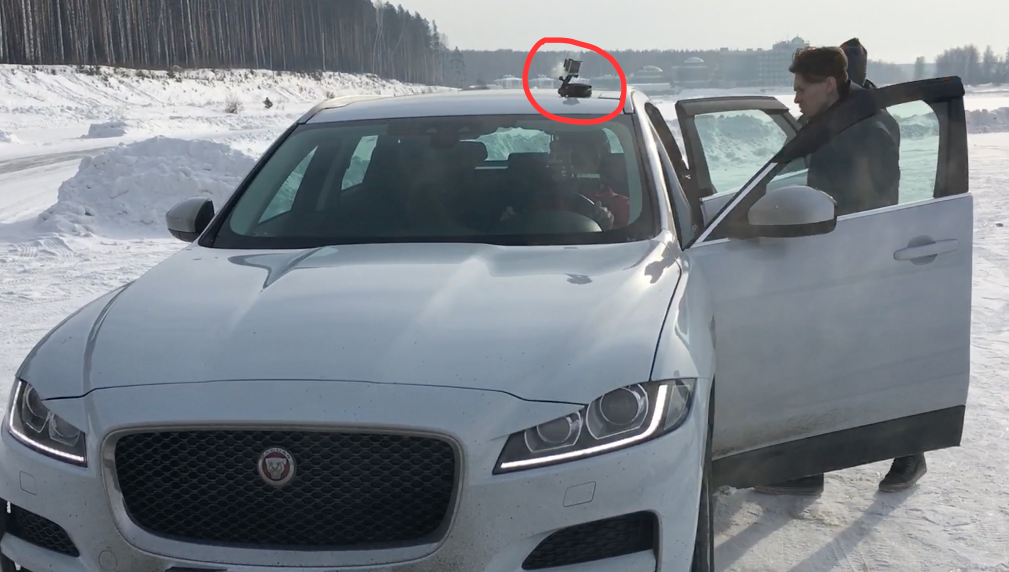 We made a few rides, and they were all successful.

We thought they were all successful because we had no ideas regarding problems at the stage of postproduction. Well, this is an independent subject for an article, and we’ll certainly write it. Soon.

25 comments on “How we made an HDR rig for VR test drive Jaguar F Pace. Part 2. Production”